Chilled organic skim / skimmed milk can be used to prepare milk shakes 🥛n smoothies 🍸 and whipped cream can be used for making whipped topping for cakes 🎂 and other desserts n used as an ingredient to prepare homemade ice creams 🍦! They are effortless to prepare… 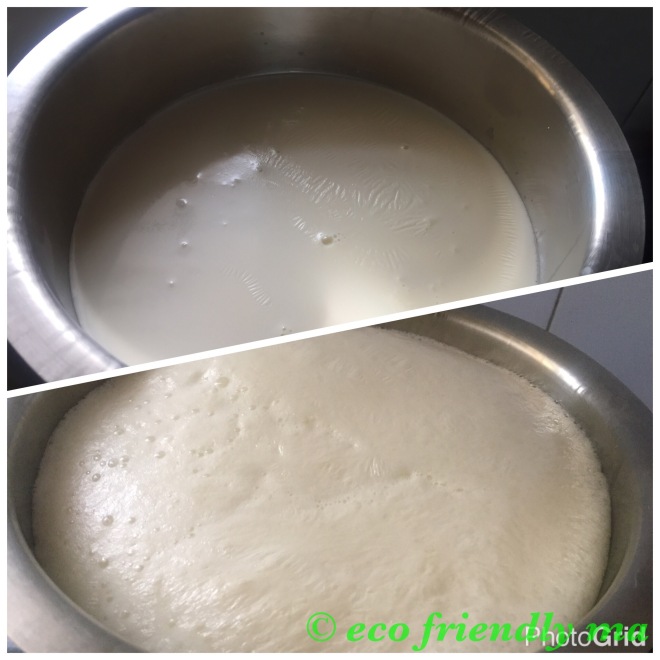 Refrigerate it for about 6 hours. A thick layer of cream will be formed on the milk.

Gently remove the milk cream & you will be left with organic skimmed milk!

Put them in the mixer and make fine powder. This is icing sugar! Store in a airtight jar…

Store the above mentioned milk cream in refrigerator. Collect it for 3 consecutive days or until it’s a cup. Run it in mixer once for few seconds for it to become smooth…

Place the collected milk cream in a large bowl and the beater blades in the freezer for 15 mins and remove. This is very important else it will turn into butter while whipping…

Hello! For all those who are new to the group or don't know me, a little intro about myself - I am Swetha Reddem, have a 4+ years old naughty boy and another one 30+ (my husband 😊) . And about my likes I love ❤️ doing yoga - nothing feels more relaxing that that, n swimming 🏊‍♀️ n photography 📸 n playing with my kid. Am a nature lover 🌴 and would try my best not to harm it and a vegetarian 👩‍🌾 by choice from since almost a decade. Am a DIYer - I do prepare almost all my family 👪 n home 🏡needs from organic grooming n beauty products 👄👁👣💆 to home cleaners and food 🍲🍨🍧🥗🍦🍰🍪🥞🍕🍹 . I would love to share the recipes and my thoughts with you all! I am greatly inspired by the zero waste, minimalistic & eco friendly lifestyle! My goal is to inspire at least a few to lead a eco friendly lifestyle!!! View all posts by swethareddem